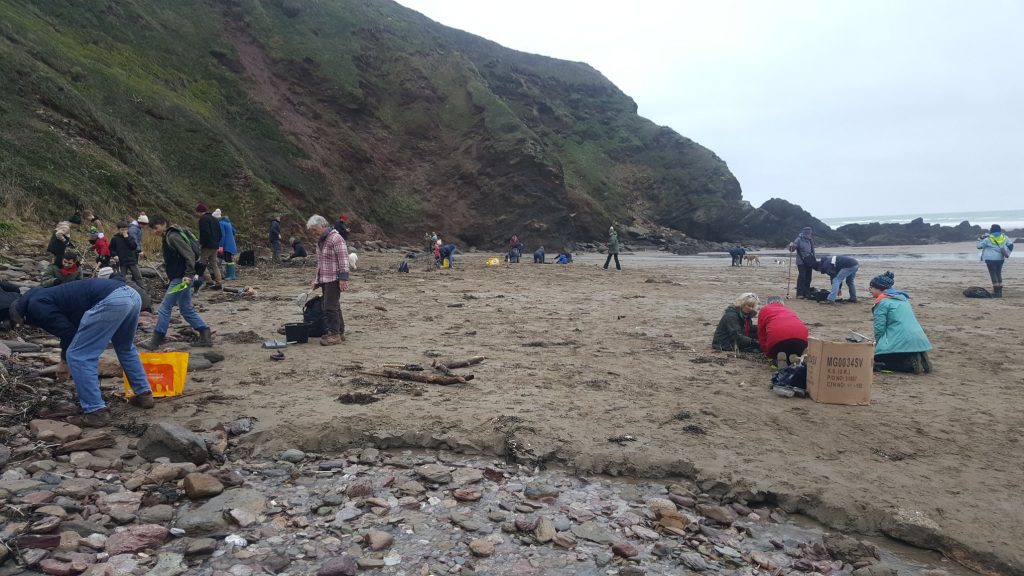 We’re well into beach cleaning season here on the Rame Peninsula, with our coast having been continuously battered by stormy seas for several weeks.

Our post-Christmas beach clean at Tregantle beach on 28 December was a huge success, with well over 70 people turning out to do their bit – and get a bit of a work-out after the festive indulgence 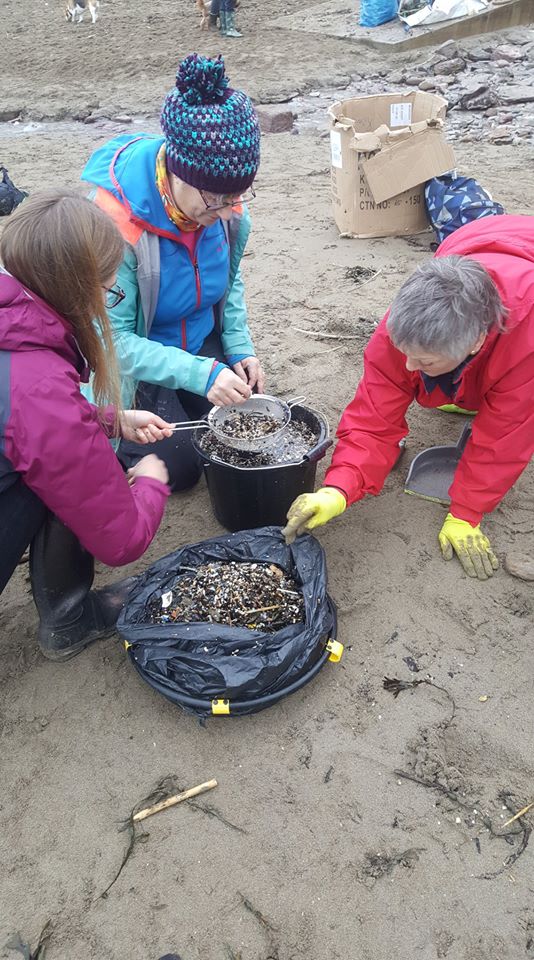 Unfortunately we didn’t have Rob Arnold and his brilliant microplastics separation machine with us, so it was quite a lot more difficult trying to remove the typically large quantities of microplastics from the sand – especially as they had been well trodden in by the feet of so many Christmas holiday walkers! We did our best though, and after a couple of hours of careful sweeping with dustpans and brushes, on hands and knees, we managed to take around 30 sacks of microplastics and larger waste off the beach. We hope to have Rob back with us for some more targeted microplastic removal by February. 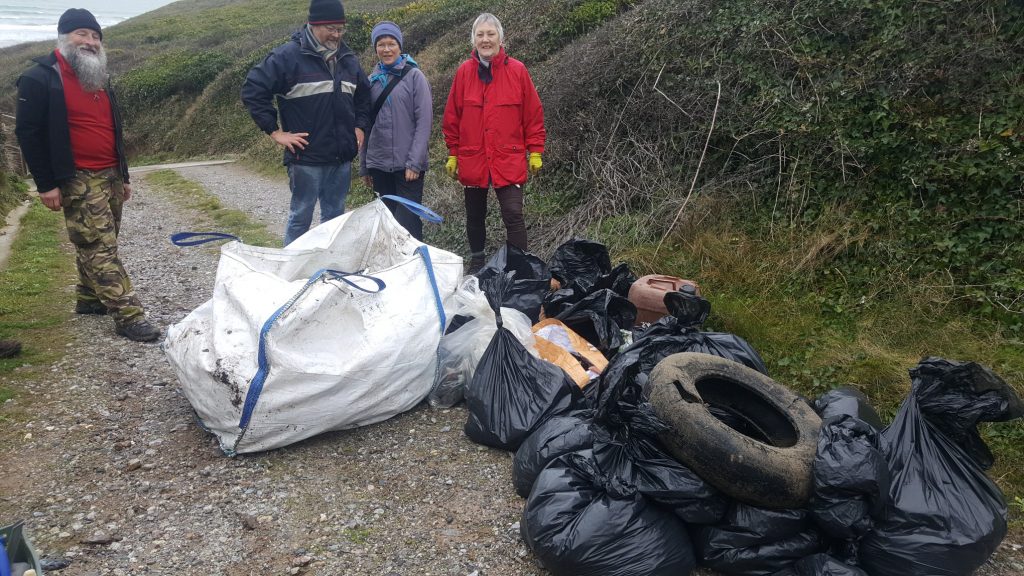 Speaking of microplastics, it is good to be able to report that, following on from our long-term investigative work and report into the loss of bio-beads (tiny, wrinkled plastic pellets used as a floating biomedia to filter sewage at some South West Water plants) SWW will soon have completed installation of secondary containment mechanisms at all of its plants using this filtration system.

As highlighted in our report, published on behalf of the Cornish Plastic Pollution Coalition, vast numbers of beads have been lost from these plants over the years since the system was first installed in the early 1990s. A major spill from a Truro plant back in 2010 has left a lasting and  irretrievable legacy of beads along the banks of the Truro river, which have been shown to be ingested by seabirds. Beads have been found in large numbers downstream of several other plants, as well as washing up in their millions to pollute beaches like Tregantle.

The final SWW plant to have the secondary containment installed will be the plant at Plympton, Plymouth, which is by far the biggest of all those using the system locally. This plant serves around 85,000 people, and so the engineering work to design the containment system has been complicated. We have been told this back-up system, which should effectively trap beads in the event of any failure with the reactors, will be installed by April 2020, which is great news.

While there are still untold quantities of these tiny, but hazardous, beads on the loose in the marine and aquatic environment, at least this should stop the situation from becoming any worse – and over time we can hopefully continue, with the help of our wonderful and enthusiastic volunteers, to remove large amounts more from Tregantle beach, which is such a sink for them, using Rob’s machine and other sifting devices.

KEEP CALM AND CARRY ON CLEANING!!